Reggie’s Comics Stories ep.19 - Collecting: Try it With a Friend! 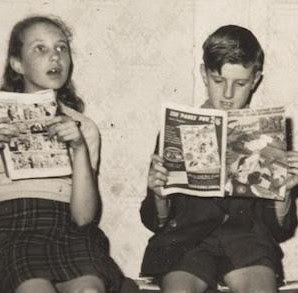 Hey folks! In this episode of Reggie's Comics Stories, continuing our look at the habit and hobby of collecting, we talk about collecting as a group, and talk to Jeremiah Jones-Goldstein, who has been collecting with his brother for decades! Reggie also talks about his experience collecting alongside his sibling, which was not as chummy. Check out the episode, and keep those stories coming!