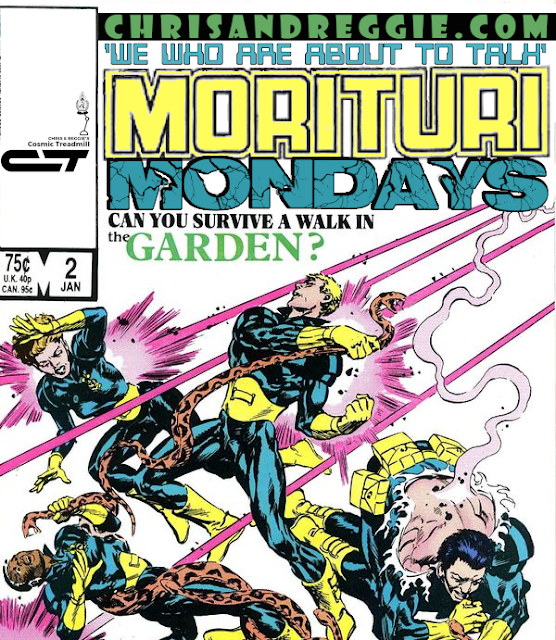 Happy Monday, Gang!
In this episode, Chris and Chris join our new recruits as they have their new powers forcibly jump-started!  Ya see, it's not enough to have the Morituri Formula in yer veins to make you a hero... you also gotta eventually manifest a useful power!  What better way than to cram 'em all into the pressure cooker known only as "The Garden"?

The way things are going, our cadets might not even make it out of Basic Training... and we're left wondering if perhaps, that was the plan all along???
Also: Nonsense!  We discover that Gumby and Pokey did in fact make it to Gum-Dinger Land, and that the United States Mint couldn't make up its mind when it came to stamping out 1982 one-cent coins!
Coming next week: Your feedback... and an offuh you might not be able to refuse!
--
Your January, 1987 Strikeforce: Morituri Roster -  Vyking, Snapdragon, Radian, Adept, Blackthorne, Marathon
- September 30, 2019