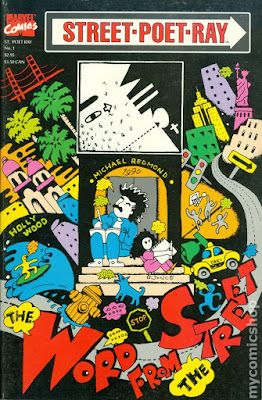 Greetings, comics enthusastniks! In this episode, urban poets Chris (@AceComics) and Reggie (@reggiereggie) check out the rhythms and meter of truth when they read Michael Redmond and Junko Hosizawa's Street Poet Ray #1, published by Marvel Comics in 1990! After revealing what scant biographical information could be found on the creators, the folksy duo read every "rap-haiku" in the issue, and talk about the subjects therein. Then, they give a brief history of the Beat Generation, their influences and outcomes--one of which would be this very comic book! Grok that, hipsters!


And here's an example of the contents of this comic book, taken from the only site on the internet known to have ever written about this issue, Armagideon-Time! 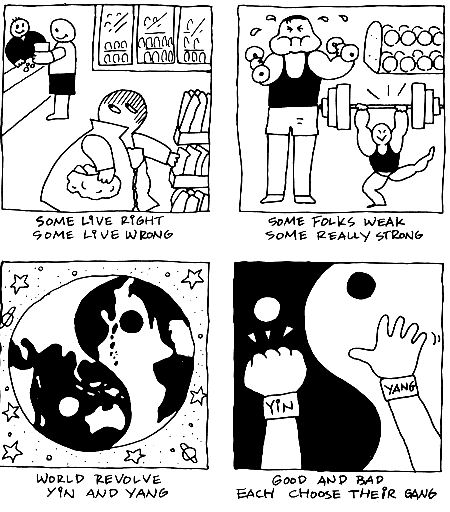