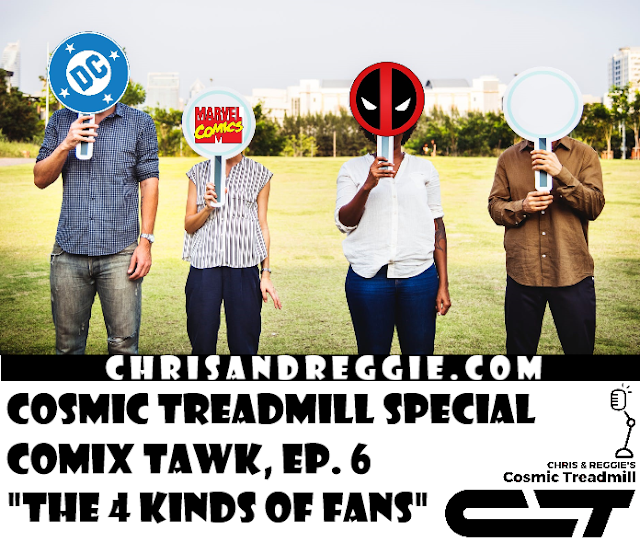 Hello folks!
Since we're still under the weather at Cosmic Treadmill HQ, we've decided to lift the paywall over at patreon.com/chrisandreggie and share with the public a fairly recent episode of Comix Tawk!  Comix Tawk is a twice-monthly exclusive program wherein Chris (@acecomics) and Reggie (@reggiereggie) have an off-the-cuff conversation about the industry we hold so dear.  Sometimes they get a little too passionate... this might be one of those times.
This one based around the "Four Kinds of Fans," as stated by wrestling promoter and personality Jim Cornette. But don't worry, this certainly isn't a wrestling podcast: Chris and Reggie relate these four fandoms to comic books, and opine on how appealing to one group over others is, well, foolhardy!
Enjoy the discussion, and let us know what you think! 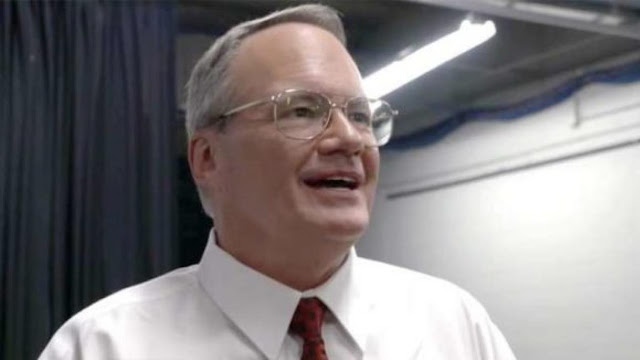 The Third Group: This crowd comes to see the star, comes to the see the big event. The Rock, The Steve Austin. Either somebody really gets hot like Hulk Hogan two decades ago or The Rock and Austin in the late 90’s or whatever. Or Wrestlemania is hot. That’s the crowd where no matter what you do they aren’t going to come all the time, and they’re not going to watch every week, but they know it is around. That’s the third group, the people who will come for the big shows or the big stars.

So you’ve always got these people [group one] right. And I’m not saying you should spit on them because they are your ticket purchasing patrons, but you have always got these people. If you’ve got a good product, you’ve got group number two so concentrate on that. There’s really no way that you control group number three because how do you just say ‘Ok, this guy is going to be the next Rock. Or the next Steve Austin or Hulk Hogan’. You can’t do that, they’ve got to come along. That’s when you get the really big house, record gates, whatever.

And the fourth group, who gives a flying fork what you people want to see, if you people are going to gee-dee ballet, fork you! Because we’re doing wrestling. And the people who try to say ‘Well, we’re going to give people who don’t like wrestling something to watch’. They’ve got something to watch, it’s on all the other forking stations while your program is on you dumb son of a bench! So why do you do spit that’s not related in any way to wrestling on a wrestling program. They don’t stop Saturday Night Live to have Curt Gowdy give the gee-dee Olympic freestyle skating report. The people watching Saturday Night Live don’t give two flying forks about the gee-dee Olympic freestyle skating. So WHY DO IT is all I am saying?

You’ve got group one. If you’re good you get group two. When you’re lucky you get group three, and the rest of them it don’t make a fork because they’re not coming anyway.
- March 17, 2019