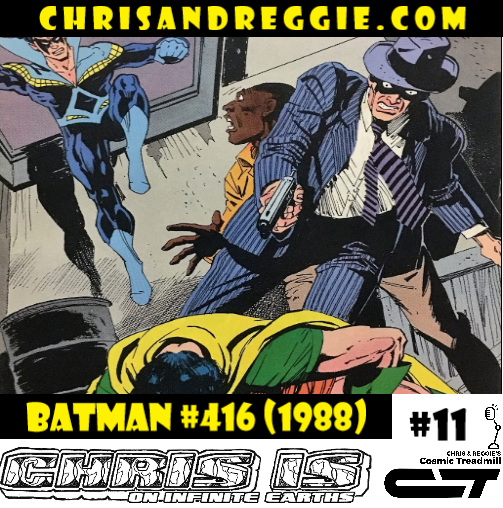 Greetings teen-aged sidekicks!
This time out, Chris (@acecomics) is joined by his pal Jody Yerdon (@regalfan) to discuss one of the, in their opinion, greatest (and most underrated) Batman stories ever put to print!
Batman #416 sees the post-Crisis meeting of Dick Grayson and Jason Todd... and is chock full of some amazing Bat-Family Drama!  Ever late-to-the-party, Chris ranked this as the best comic book he'd read in 2016... and it is still his very favorite Batman story, despite (or possibly because) the Caped Crusader himself only appearing on a handful of pages!
Listen to the fellas gush over this one for about an hour!