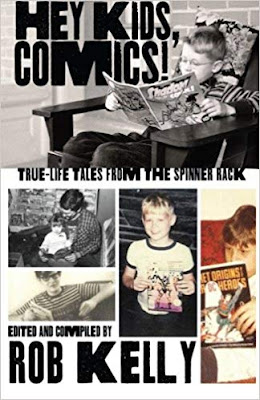 Hiya, folks! This week, Reggie (@reggiereggie) is reading three essays from the book Hey Kids, Comics!: True-Life Tales From the Spinner Rack, edited by Rob Kelly, published in 2013. Highlighting stories by Doug Slack, Steve Englehart, and Richard Harland Smith, Reggie provides a little background for each author before delving into their secret comic book origins. At the end, Reggie provides a little context for his own passage into comic book enthusiasm! It's a real love-fest of four-color funnybooks, don't miss it!