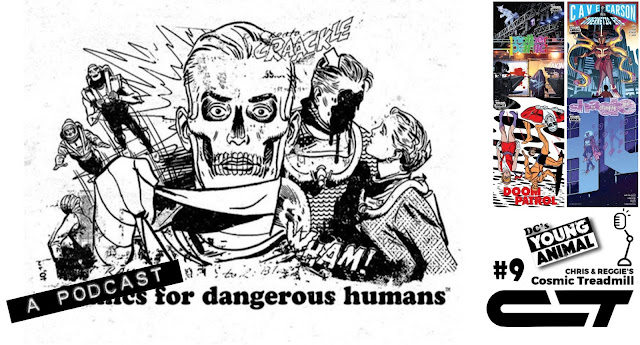 Our Young Animal revisit has officially reached "the staples"!  That's right, we are halfway through our planned 18-episode look at the pop-up imprint that could!

This week... It's really one'a them "Good News, Bad News" situations... ya see, after a few months... we finally get that next issue of Doom Patrol.  Thing of it is... it kinda smells like filler.  It looks great though... and gives us our Allred-fix, which is a good thing, since Bug! took the month off!

In addition to that issue of Doom Patrol, we will be discussing the penultimate issues of Shade and Cave... Mother Panic shows up too!