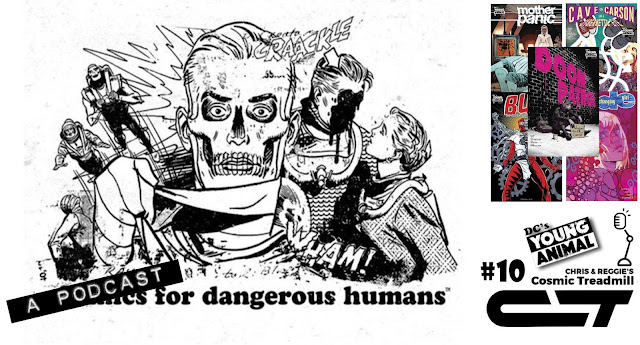 It's so hard to say goodbye... and that's exactly what we do during this episode.  Two of our Young Animal pals draw to their conclusion this time around.  Carry on, Cave... See ya, Shade.  It's not a "forever farewell", however... because there's something called "Milk Wars" on the horizon.
In addition to sayin' ciao... we actually have a full line up!  That almost never happens!