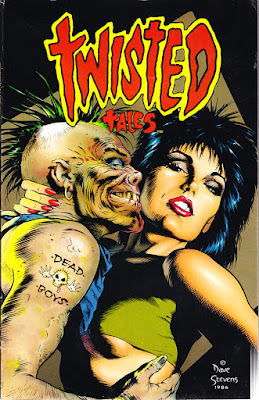 Ghoul gravening, scabies and mental men! In this horrific episode, our haunted house scavengers Chris (@AceComics) and Reggie (@reggiereggie) sift through the strange story of Eclipse Comics and the career of Bruce Jones, when they read Twisted Tales from 1987! After some background information--including why this unnumbered issue of a Pacific Comics series came out from Eclipse after Pacific's demise--they go through all three Bruce Jones-penned stories in the book, lending their arguable talents to the proceedings. This episode is scary enough to curl your toe hairs, you don't want to miss it!


BREAK: "Moans and Groans" from Chilling, Thrilling Sounds of the Haunted House by the Walt Disney Sound Group, 1964