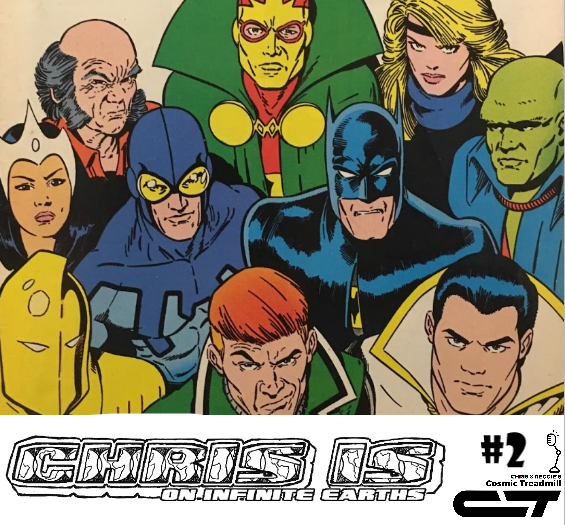 Continuing the "journey" of Chris is on Infinite Earths!
Chris never really wanted to start a blog... and with this episode, he can (kinda) prove it!  Justice League #1 (1987) originally appeared on chrisisoninfiniteearths.com on New Year's Day, 2017... though, it was originally supposed to hit the internet on New Year's Day, 2015 at the Bwa-Ha-Blog!(which never really became a thing).
Ya see, it was something of a New Year's Day tradition for Chris to start (and abandon) a brand-new blog... so much for that Resolution to "write more"!  Two years (and a whole new blog) later, this discussion of Justice League #1 would finally be completed.
Hope you enjoy these brief "visits", and appreciate you joining me in these self-indulgent looks back at the Life and Times of Chris is on Infinite Earths!
--
Includes Promo for the Justice League International: Bwah-Ha-Ha Podcast!
--
Original Post:
https://www.chrisisoninfiniteearths.com/2017/01/justice-league-1-1987.html