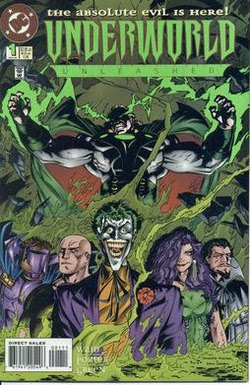 Greetings, soul-laden mortals! In this episode, naive bargainers Chris (@AceComics) and Reggie (@reggiereggie) kick off 2018's #BestEventEver crossover occurrence, when they read Mark Waid and Howard Porter's Underworld Unleashed #1, published by DC Comics in 1995! After the creators' bios, our misguided dabblers in the occult sift through every moment of this issue. Later, they look at other incarnations of the Dark Lord that have appeared in comics since the very beginning! There's no need to panic about this episode, you have nothing to lose...except for your soul! So if that's the sort of thing that would bother you, then yeah, go ahead and panic.


Be sure to check out the other podcasts and blogs involved in #BestEventEver!