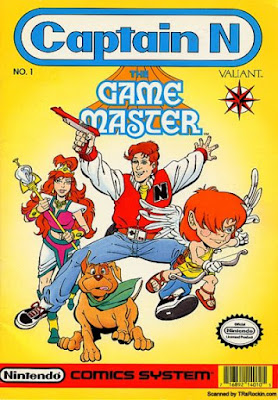 Ready player one: start! In this episode, gamers Chris (@AceComics) and Reggie (@reggiereggie) dive into the weird world of Videoland when they read Captain N: The Game Master #1, published in 1990 by Valiant Comics! After a brief look at the history of video games and Nintendo, our Italian plumbers read all four stories in the issue, providing creator biographies whenever it "seems" applicable. After a short break, the guys return to provide an exhaustive history of Valiant, thanks to exhaustive research by Ryan McLelland, and talk about some of Nintendo's less popular innovations. It's more fun than you can shake a joystick at, and you won't even need to put your quarters up!


Some footage from Phillips CD-i game Legend of Zelda: Wand of Gamelon