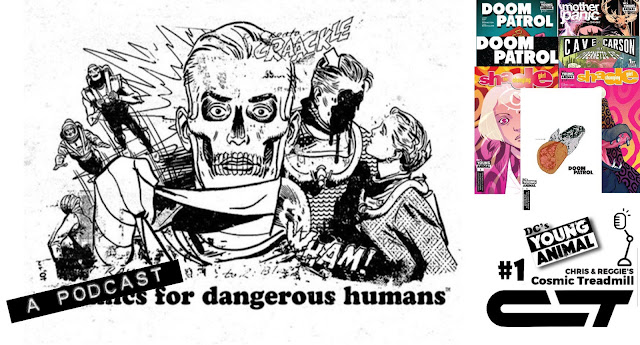 Greetings, Dangerous Humans!  As we are currently in what might just be the final month of DC's Young Animal imprint, your Young and Animalistic hosts, Chris (@acecomics) and Reggie (@reggiereggie) thought it might be fun to share with you their initial thoughts on the launch!  In this extra-sized (or, over-sized) episode they look at all four "number one" issues.  Since the Young Animal launch was staggered from September-November, 2016... there are also a couple of "non-number one" reviews in there as well.