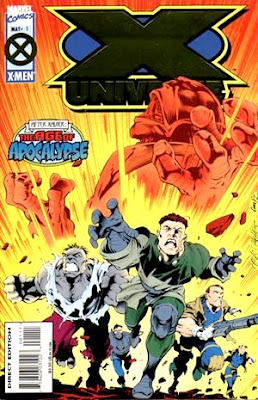 Hello again, fellow human scum! In this episode, wastrels Chris (@AceComics) and Reggie (@reggiereggie) dive back into the vicious nightmare that is Marvel Comics' 1995 X-Men-based comic book event, The Age of Apocalypse! Today we learn about what's happening outside of the mutant class, checking in on the other characters--and providing complete biographies for--appearing in X-Universe #1 and #2 from 1995! There's a lot to dissect as they try to provide context for the shocking character changes presented in these issues, so you won't be blamed if you need to listen to this episode several times!


And because we said we might--Peter Parker's marriage to Mary Jane Watson, Shea Stadium 1987!