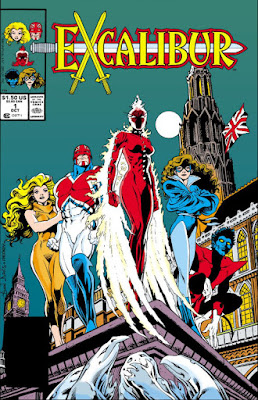 Cheerio, comics enthusiasts! In this episode, Anglophiles Chris (@AceComics) and Reggie (@reggie) head over to jolly old England when they read Chris Claremont and Alan Davis' Excalibur #1, published by Marvel Comics in 1988! After introducing the creators and the team of muties, they go through the entire issue, mangling all sorts of accents along the way. After a break, the blokes wrap up Claremont's and Davis' biographies, and then tell the tortured tale of Marvel's European publishing arm for many decades, Marvel UK! This episode is more filling than a steak and kidney pie, you don't want to miss it!