Greetings, comics enthusiasts! In this episode, unlikely heroes Chris (@AceComics) and Reggie (@reggiereggie) do their bit for the podcast crossover event #JLMAY2018 when they read DC Comics' Silver Age: 80 pg. Giant #1 by Mark Waid, Eduardo Barreto, and others! They run down the other issues in the series to set the stage for the grand finale, which tests their (lack of) voiceover skills to the limit! After a break, our raspy pair the other stories in this issue, including creator bios for all of them. To wrap up, a discussion of what the Silver Age was--in comics and in American history! It's a millennium event that you don't want to miss! Which means it isn't actually Millennium. 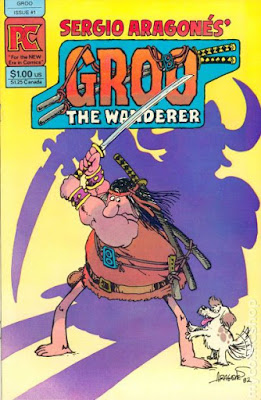 What ho, fair comics enthusiasts! In this episode, professional barbarians Chris (@AceComics) and Reggie (@reggiereggie) indulge their wanderlust when they read Sergio Aragones' Groo the Wanderer #1, published by Pacific Comics in 1982! After a bio on Sergio and the issue's "translator" Mark Evanier, they dive right into the fray of the first issue, detailing every page. After a break, they come back to wrap up the info about the creators, then tell the history of Pacific Comics. Plus, a little etymology lesson on the word "barbarian!" All this, and a couple of nice reviews found on Stitcher. This episode is more fun than a tankard of mead, you don't want to miss it!
Read more »
- May 20, 2018 No comments: 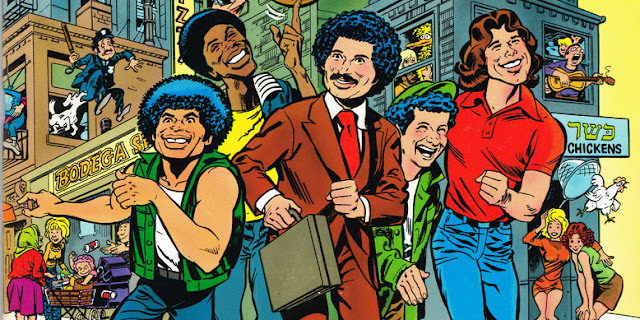 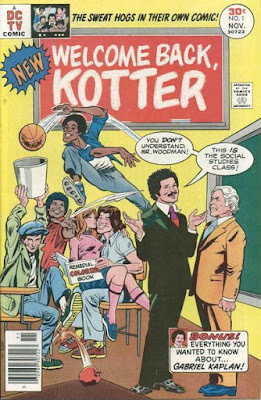 Hello, prime-time television enthusiasts! In this episode, Sweathogs Chris (@AceComics) and Reggie (@reggiereggie) check out one of DC Comics' experimental titles from their mid-1970s "Explosion," when they read Welcome Back, Kotter #1 by Elliot S! Maggin and Jack Sparling from 1976! After the creator bios, and an explanation of the conditions that allowed such a comic book to exist, they do a complete read-through and make poor attempts at mimicking the character voices. After a break, our TV addicts talk about a few other television shows turned into surprisingly popular comic books, then talk about American television in the 1970s, and the conditions that allowed such a television show to exist. Plus, some listener mail--and some mixed news for the Treadmill clan. You won't need a laugh track to enjoy this one!
Read more »
- May 13, 2018 No comments: 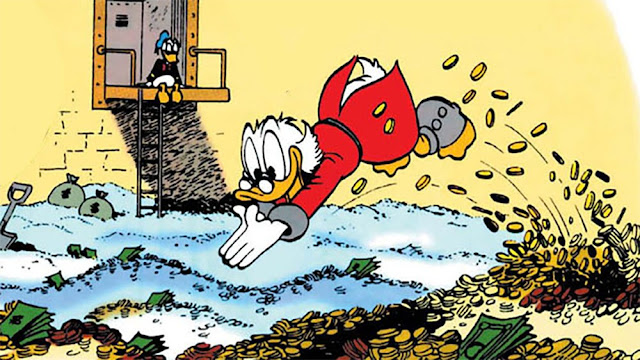 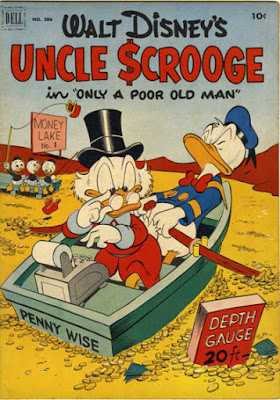 Ye cats, comic enthusiasts! This week, vocal bumblers Chris (@AceComics) and Reggie (@reggiereggie) tackle the elephant-sized duck in the room when they read Walt Disney's Uncle Scrooge #1 from 1952, written, drawn, and lettered by Carl Barks! After some biographical info about Barks, Disney, and Ducks, they go through the entire oversized issue, detailing Uncle Scrooge McDuck's first comic book appearance. Then, while capping off the monumental life of Carl Barks, they try to untangle the complex working of Disney comics--and name some of the colorful folks that got involved in licensing along the way! It's an episode that fans of Walt Disney and comics history won't want to miss!
Read more »
- May 06, 2018 No comments: 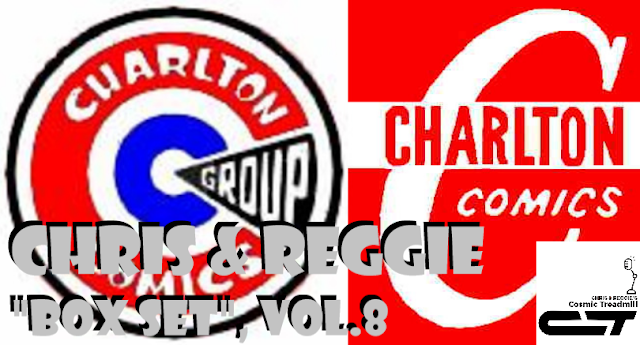 Two episodes still counts as a "box set", right?  Well, it's good enough for us... and if it saves folks from having to hunt them down in our all-too confusing archives, then... all the better!

In these two episodes, we break down the rise... and fall of Charlton Comics.  We discuss the founders, and their chance meeting inside a jail cell... to the "in-house" production model (using a printing press that was once used for cereal boxes... and it shows!), the staffers, the great flood... and whatever happened with those "Action Heroes" we all know and love.