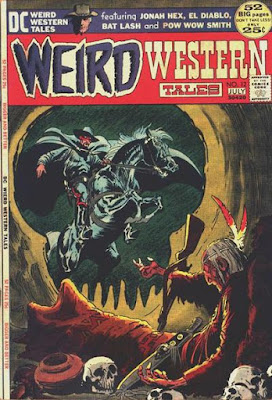 Git along, little doggies! In this episodes, cowpokes Chris (@AceComics) and Reggie (@reggiereggie) dip their toes into the genre of Western Comics, when they read DC Comics' Weird Western Tales #12 from 1972! Concentrating on the first story, "Promise to a Princess!" featuring Jonah Hex, they still give biographical information for each creator involved in this anthology comic book, and detail every story therein. Then, after a break, the intrepid frontiersmen look at the history of Jonah Hex, and then America's Old West in total. They wrap things up by dispelling some of the Old West's most enduring myths. This episode is more fun than firing a six-shooter at a plugged nickel, you don't want to miss it!