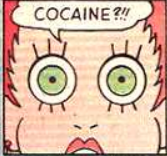 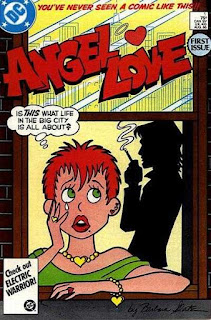 
Join Chris and Reggie as they travel back to 1980's New York City to discuss the 1986-1987 series Angel Love by Barbara Slate.  Luckily this is they discovered their passion and... ahem, talent... for voice acting!
During the summer of 1986 most DC Comics featured a most curious house-ad promising, among other things at least the passing mention of COCAINE?!!  What many comics enthusiasts may not know is this book actually DID came out later on that year!  Angel Love is a New York transplant coming from a quiet corner in Scranton, Pennsylvania hoping to strike it big as a cartoonist.  Along the way she will face drug-addicted boyfriends, a vapid (and more fun to read about) roommate, a bum who likes to sleep on her couch, and countless chatty cockroaches.  Is this what life in the big city’s all about?
Find out with us as we check out Angel Love.